Golden Age super heroes and the Fear of Air Raids

This post presents information based in part on theory and conjecture. The producers purpose is to suggest some possible explanation, but not necessarily the only ones, to the mysteries we will examine
#comicbooks history

Doctor Mid-Nite is a National Periodicals (DC) super-hero created by Charels Reizenstein and Stanley Aschmeir in 1941.Dr Charles McNider is a surgeon. A mobster bombs his office, trying to kill a witness that McNider was operating on. McNider is blinded.Its his blindness that modern readers then associate with the modern (not Golden Age) Marvel blind super-hero Daredevil.Doctor Mid-Nite is sometimes cited as the first disabled super-hero. That's important, but consider that 1941 creation date in that. 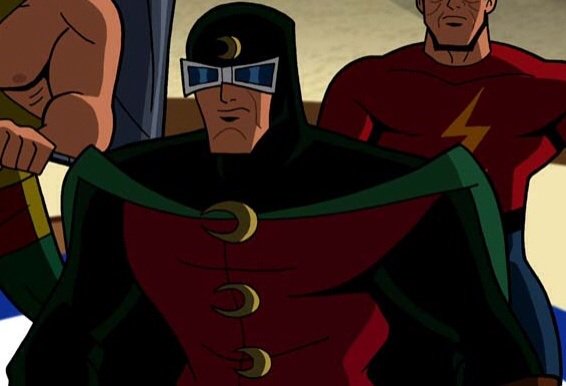 For months in 1940 and 1941, Britain suffered through air raid drills and actual air raids by the German Luftwaffe. To protect themselves, massive blackouts were put into effect to take away aerial landmarks to navigation. 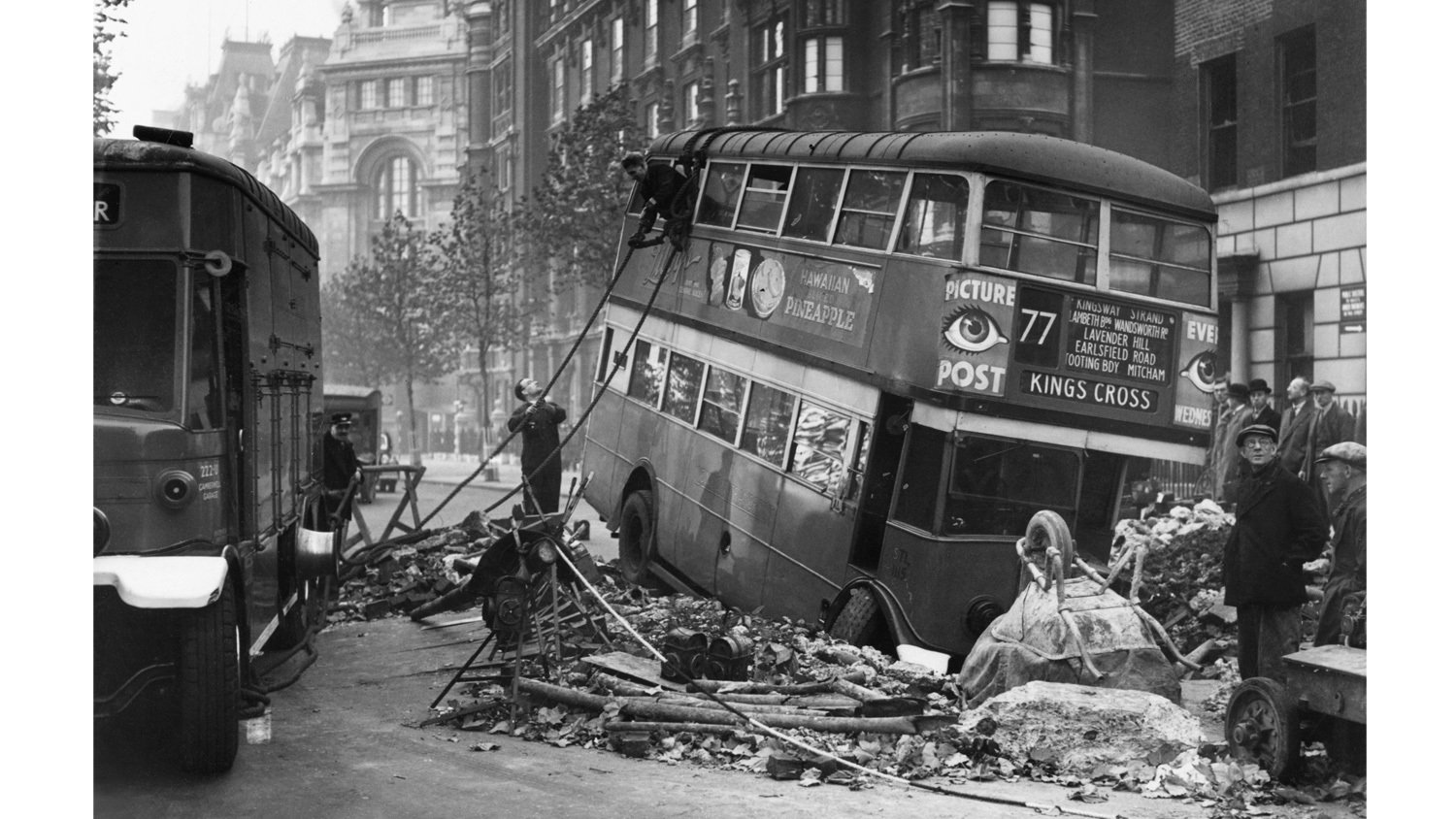 The shades are drawn in London tonight
but behind them sleepless millions wait
wait for the weird howl of the air raid alarm
Perhaps if the fog remains there will be no raid
but the fog rises!

This is the moment Adolf Hitler has been waiting for. 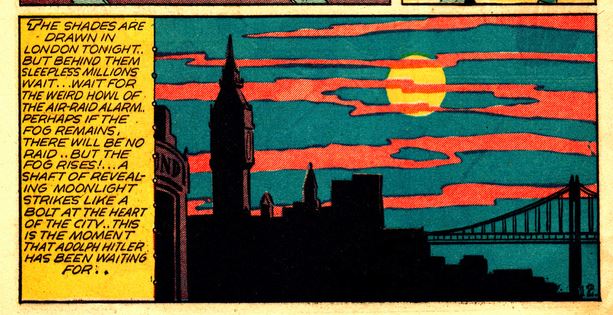 
Air raid drills and blackouts made their way to America as well. 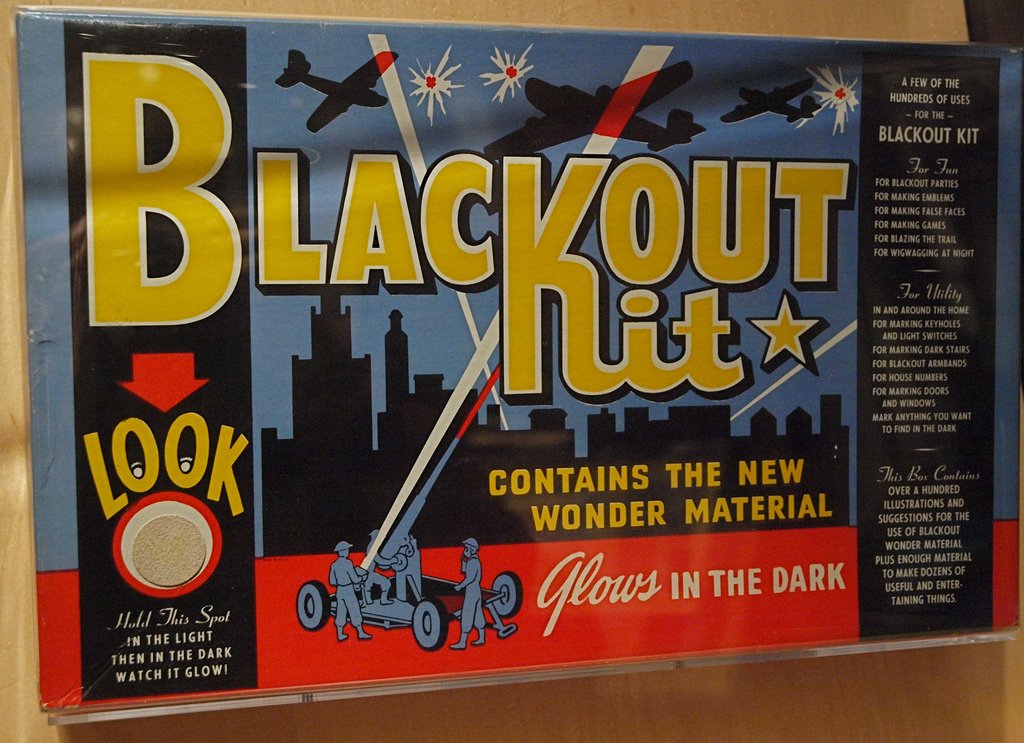 The mysterious masked hero "London", is an escapee from a Nazi concentration camp in Holland, and foils the attempted kidnapping of Churchill!What were blackouts? These are *not* the blackouts we're familiar with - these were wartime blackouts done in desperation to take away visual landmarks for hostile bombers looking for targets in the dark.

If it were bright, they'd bomb it in the night.In times of blackout, the night was incredibly dark. Civilians had to be trained on what to do. Even crossing the street could become a deadly encounter with a car that never saw you, or you the car.Nothing was familiar or safe in the dark

People were dying or being seriously injured nightly - sometimes from the bombing like the sisters drowning in their cellar, and sometimes just from the blackout - like the man who thought the train was at the station - but it wasn't 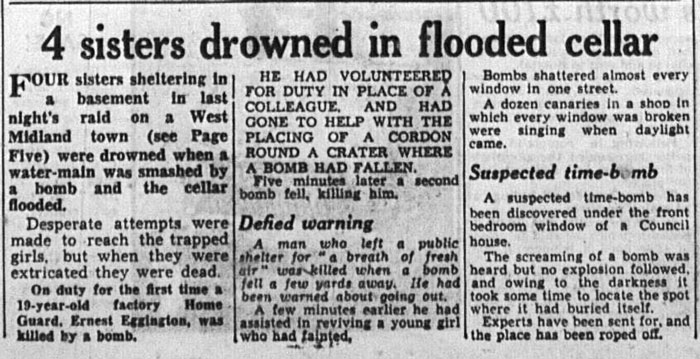 A few more wartime posters cautioning people about moving about in blackout conditions.

During the London Blitz, they found some humor along the way 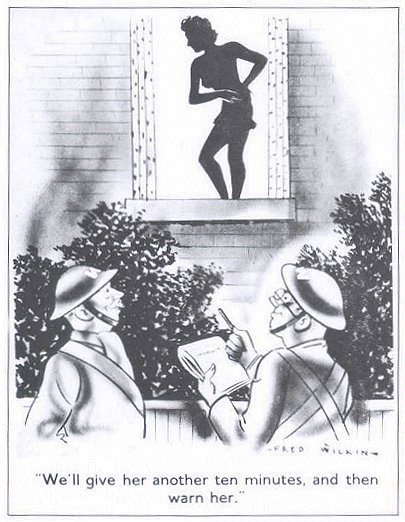 So now we come to the theory of Dr Mid-Nite.Not so much a blind super-hero, but a figure to Take Back the Night for everyone living in fear of blackouts and air raids.He can see in the dark.He carries "Blackout" bombs to rob others of their sight.Dr Mid-Nite, like "London" is Taking Back the Night from Fear

While he packs a good All American Right Hook, he's also not a soldier. He's doctor called to war (war against crime, or against the Nazis). He's effective, but not eager about it.He joins the Justice Society of America (JSA) as "The Famous Dr. Mid-Nite" 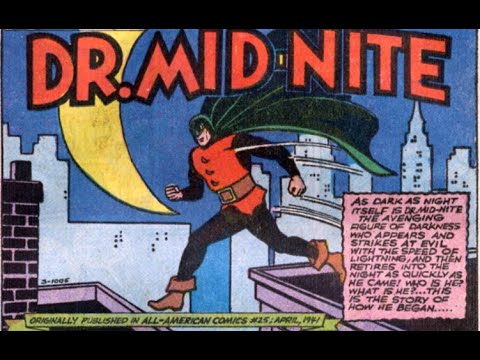 If you think there is a bit of Batman going on, there is. Like the original Batman, Dr Mid-Nite has a pulp vibe. Instead of a bat, Hooty the Owl flew into his window.Dr. Mid-Nite becomes a longtime member of the Justice Society.We tend today to focus more on his personal blindness, but his 1941 origins led to this Air Raid and Blackout fears theory

Let me know what you think


We've looked at Dr Mid-Nite, but there is another Golden Age super-hero that comes to mind when you think about the Fear of Air Raids.Its his fellow Justice Society of America member, The Sandman 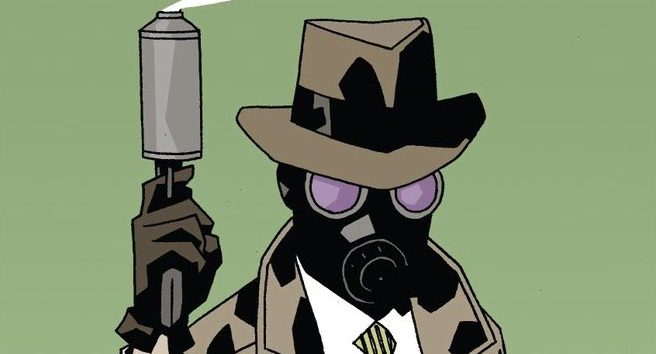 There have been many DC characters called "The Sandman", but this is the original one, Wesley Dodds - created by Gardner Fox and Bert Christman in New York Worlds Fair Comic 1939. 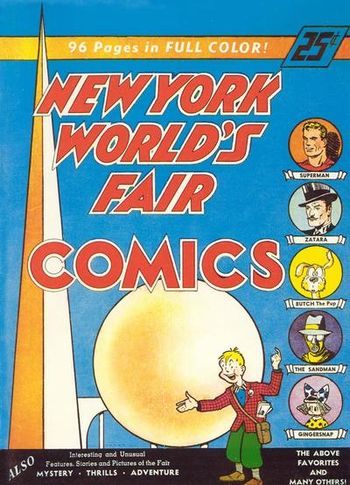 Sandman is created after Superman but before Batman.His adventure is straight pulp, involving impersonations, stolen plans while the lights are turned out, betrayal.Fedora and trench coat stuff.Wait - what does that have to do with the theory of "Take back the night" from air raids?

What's' the most obvious part of the Sandman's costume?The gasmask

1939 predates the London Blitz. People looked back to WWI, and there was definite fear that air raids would drop poison gas, and not just incendiary bombs.Imagine living in *this world* of "always carry your gas mask"
Imagine living in world where *this* is the information you need to know to survive the night.Now that gasmask on the Sandman takes on new dimensions 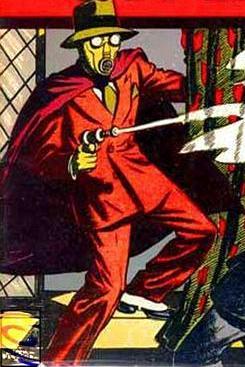 Here are another set of three informational posters about poison gas attacks in an air raid - what these three different types of poison gas smell like.Anyone scared yet? 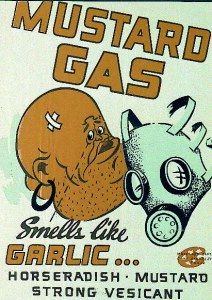 Sandman also brings to mind The Green Hornet.The Green Hornet, a radio character, was created earlier (1936) by George Trendle, Fran Striker, and James Jewell.The Hornet also uses a gas gun.There is a lot in common here - but not the gas mask


The Sandman would be the headliner in Adventure comics for a time.Notice the emphasis on people being gassed.Not punched 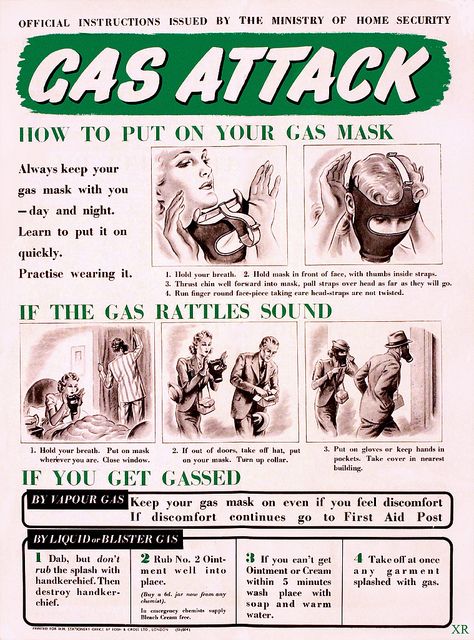 Like Dr. Mid-nite, Sandman would join the Justice Society of America.Unlike Dr. Mid-Nite, Sandman would get a major character overhaul.By fall of 1941, the London Blitz was over.Sandman was given a major overhaul in Adventure comics 69, with kid sidekick.The new costume is bland and generic

Could it be than fear of poison gastrong.Ss had dissipated?

Possibly because of the emotional weight of that gasmask, Wesley Dodds returned in 1930s period comic - Sandman Mystery Theater - in the 90s in a Vertigo imprint of DC.Wesley Dodds, the original 1939 Sandman, is also one of the few super-heroes to die and stay dead. In his last adventure, he does gas criminals with a permanent coma inducing gas. He dies (by suicide) protecting information about a child who will be Dr Fate
The costume change in 1941 could also have been in response to first Green Hornet serial in 1940.

A radio character is one thing, but once you see The Green Hornet on a poster or on screen, the similarity to The Sandman is strong. So, that's our second Golden Age comic book hero that might have some roots in fears of WWII air raids, blackouts and poison gas attacks.

this is kind of really cool.i think comics helped convey very important messages in a very relaxed manner and even kids could understand.definitely comics did allot of good in ww2
Top

i wounder which other super heros were birthed by the world war.i wonder what birthed thor and batman and spiderman.
Top

i guess it wasnot all comic books and fun and games during ww2.it looks like they were used to convey a rather serious message.the good thing is that comics are relateable to all men and women no matter the age .
Top

this is a rather interesting view on comic in world war.
Top
Post Reply
5 posts • Page 1 of 1

Users browsing this forum: No registered users and 3 guests