THe Nebra Sky Disk : A History

THe Nebra Sky Disk : A History

Like history? Up for a mystery? Here’s one, linked to my favourite archaeological artefact, the Bronze Age ‘Nebra Sky Disk’ that was found just under twenty years ago in Central Germany. It involves a grave, a skeleton and a culture undergoing a great leap forward. 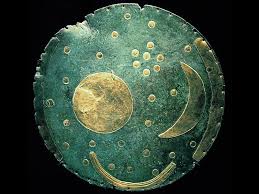 If you’re unaware, the ‘Nebra Sky Disk’ had an amazing history. Found by treasure hunters, it circulated on the black market before being returned to the state of Saxony-Anhalt, where Dr Harald Meller and his team discovered its amazing purpose.They describe the disk as both clock and calendar, as the bands represent the spread of sunrise and sunsets throughout the year near where it was found. Some consider the inclusion of the new moon and the constellation Pleiades as additional evidence for this theory. 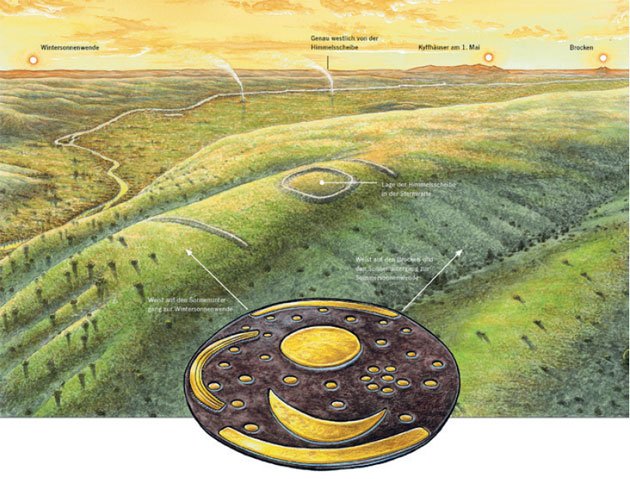 Held today in the Museum of Prehistory in Halle, the Disk is a German national treasure, is listed in the
@UNESCO 'Memories of the World' register, and was recently the centrepiece of the 'Restless Worlds' exhibit in Berlin. 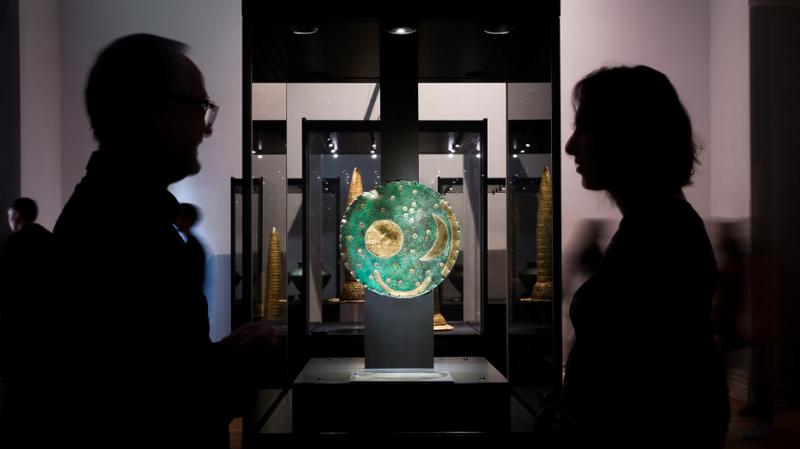 When Dr Meller and Kai Michel, decided to write a book about the Sky Disk - ‘The Sky Disk of Nebra’ - they decided that they wanted to give the reader a clear picture of the people who gave us the disk, and why it was so important to them. That’s where the mystery begins.

We know that the Disk was created by the Únětice Culture, who lived across the east of Germany, through Poland and down into Czechoslovakia between 2300 and 1600 BCE. They were a trading culture, skilled in production of axes, knives, jewelry and other metal work. 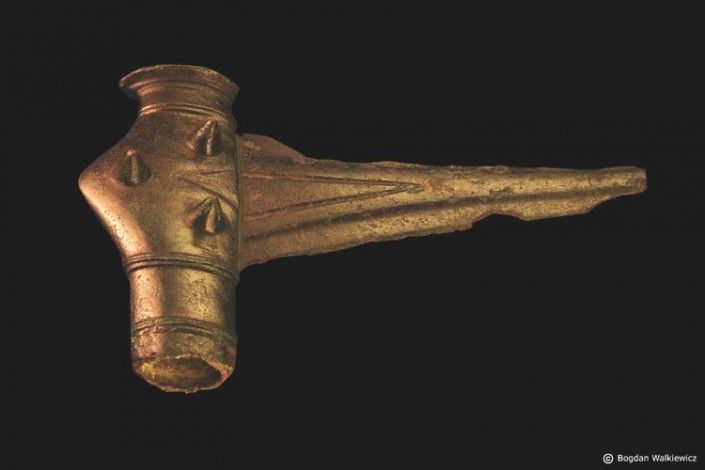 In the Únětice Culture, the honoured dead were buried under mounds. One mound was discovered near the village of Helmsdorf in Saxony-Anhalt in the 19th century, & in putting their book together, Meller & Michel decided to learn what they could about the man buried there. 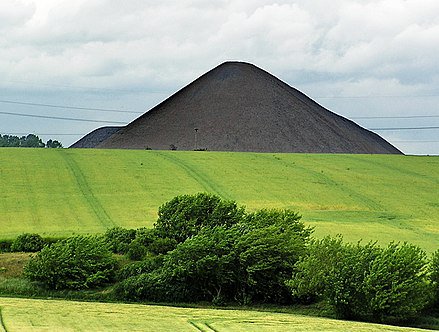 In his role as the state archaeologist, Meller had the bones of the ‘Prince of Helmsdorf’, whose domain would have encompassed the site of the Nebra Sky Disk’s discovery, brought in for re-examination by forensic pathologist Frank Ramsthaler & anthropologist, Nicole Nicklish.

What Ramsthaler & Nicklish found was shocking. While injuries to the skeleton were suspected in earlier investigations, the pathologist was able to conclusively confirm that the dead man had been murdered by two distinct and forceful stab wounds to his body.

The first wound, it is suspected, was made to the abdomen. So much force was used that it hit the vertebra. The second one went in near his collarbone, splitting his shoulder blade and down into his lungs - undoubtedly a fatal blow, if the first hadn’t done him in.From close examination of the skeleton, it appears that this ‘Prince’, or local lord, was set upon, probably while standing up, by people who knew him. That’s the only way, it is thought, to rationalise the position of the wounds and relative lack of defensive cuts. 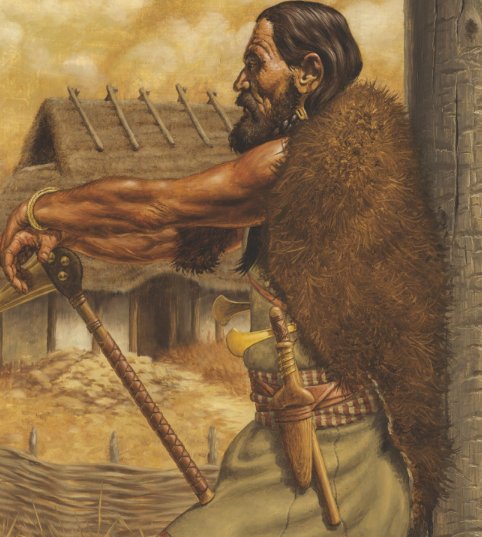 In their book, Meller and Michel make an amazing suggestion - the ‘Prince of Helmsdorf’ is perhaps the first victim of a political assassination ever found. While other ancient murder victims have been found - in Egypt and Spain in instance - this suggests a planned attack. ‘So what’, I hear you say, ‘Either the bloke was murdered or he wasn't!’. That’s not where the story ends, however. The ‘Prince of Helmsdorf’ died around 30 years before the Sky Disk was made, and a sudden, unprecedented explosion in trade, manufacture and art occurred.

Suddenly, tools & weapons were being made in the region at a rate unseen before. Hordes of axes were found, that some posit are evidence of small, self-contained warbands - the first ‘armies’ of Europe. By all accounts, the Unetice underwent a transformational leap.Were the two linked? It’s an interesting and tempting thought. Did the death of the ‘Prince of Helmsdorf’ usher in a new age of progress? Was he holding back a new generation, young firebrands determined to take people forward? Or was it tyrannical overthrow by a new order?

What happened, it’s possible we’ll never know. Isn’t it great to think about, tho? That’s a big part of what archaeology is, taking disparate elements & seeing how they fit together. It’s why it appeals to me - my brain wants to solve the puzzle, open portals to the past.

There’s one more cool thing I was told about the Nebra Sky Disk. The whole piece wasn’t put together at one time. Over the centuries it was in use - about 400 years - a ‘sky boat’ was added, a piece of ornamentation. This suggests over time, its real use was forgotten.We rise and fall, we take great leaps, then stumble. What looks like constant progress towards a better world isn’t, when viewed with perspective. We’re human, we’re fallible & because of that, history isn't a straight line. I find that a consolation as I watch the world.

who knows whatelse is hidden in the long lost civilizations.their tech was way ahead of its time.
Top

some of this discoveries are shrouded in mystery they might as well not been discovered because they raise more questions than answered. hehe!
Top

Users browsing this forum: No registered users and 4 guests